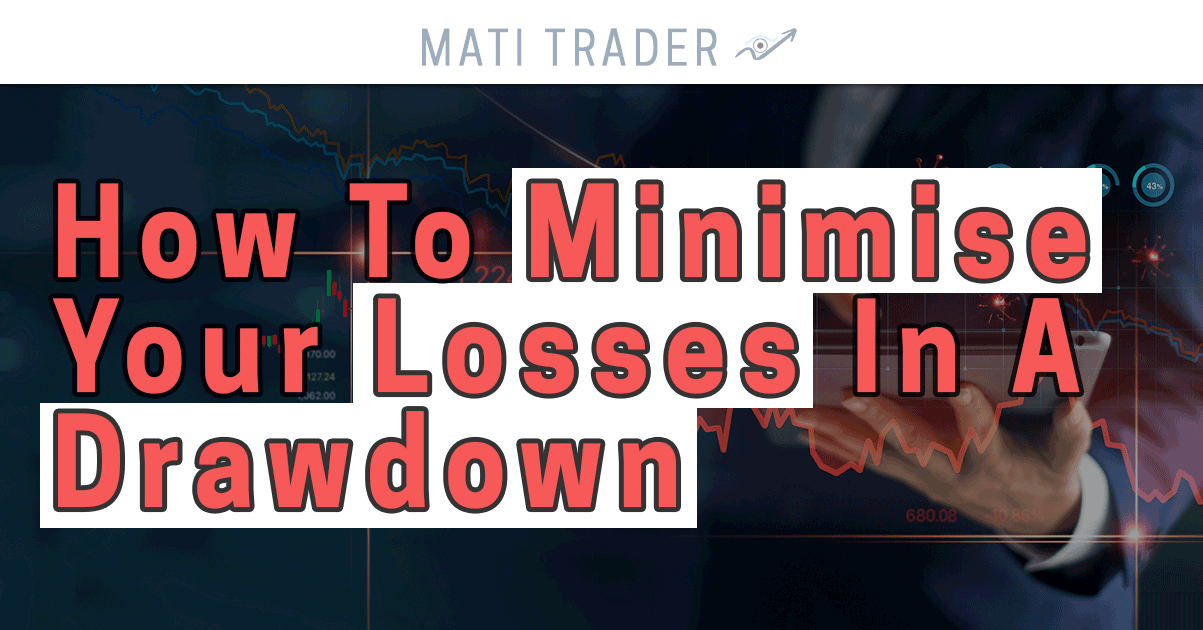 How To Handle And Minimise Your Losses in A Drawdown

In this article, we’ll cover different ways to handle yourself during a drawdown to minimise your losses.

This is when no matter whether you buy or sell, you end up just taking a whole bunch of losses.

The first trick is to pinpoint when the market is in a bad environment.
For me as a breakout trader, I wait for the main index to move in a sideways trend.

This way, I know I have a medium to low probability of the trades to work out.

If you can find out when the market is in a bad environment, then you’ll know when to lower your risk.

If my portfolio continues to drop, I will lower the risk further to 1% per trade until the market rectifies itself.

This is the first way to minimize your losses.

Minimise Drawdown Part #2:
Lower the number of trades you take

You’ll know when the markets are looking S#@t all around.

This is because the large stock markets tend to lead the emerging markets.

And when this happens, the second best thing you can do is limit the trades you take.

If you find you’re averaging around five to nine open trades at a time, it might be time to start cutting down.

Because what if all nine trades end up to be losers, due to the bad market environment?

Well you’ll find yourself down around 18% of your portfolio.

So instead, limit the number of trades you’ll hold during the drawdown phase. Maybe it will four to five instead…

Just remember that being neutral and holding cash is ALSO a trading position.

This doesn’t always work, but it has saved my ass a couple of times.
When I find I’m long (bought) five stocks.

And I see that the market has completely changed direction to the downside. I know that there is a higher chance that I’m going to get stopped out.

So to limit my risk, I’ll immediately look at stocks that I can trade short (sell).

For example, I am currently long four stocks. And all four stocks are in a the negative. So, in the last two weeks I’ve decided to short three resource stocks (as a hedge).

This way, I’m now down only 3% of my portfolio rather than 5% since the drawdown…

The other powerful way to control your drawdown is to lock in profits when the trades are going your way. You can think of it as a trailing stop loss.

I personally often raise my stop loss when the market moves where the risk to reward is 1:1…

This way I know I’ll lock in a gain, should the market turn against me.
There are many ways you can adjust your stop loss including:

Drawdowns are inevitable. And you need to know how to manage your Drawdowns…

You now have some ideas on how to handle your drawdowns better.

And we are just one step away from you being 100% ready.

In the next article, I’ll show you some tips to manage your drawdown looking at your Equity Curve (Portfolio).

Trade well and look after yourself,

PS: From the LIVE MATI Trader event held on Saturday – Here is the topic called “The BS Trading Drawdown”.

You can watch the event streamed by clicking here…